Deprecated: Methods with the same name as their class will not be constructors in a future version of PHP; Blogger_Importer has a deprecated constructor in /home/windhu5/public_html/wp-content/plugins/blogger-importer/blogger-importer.php on line 44 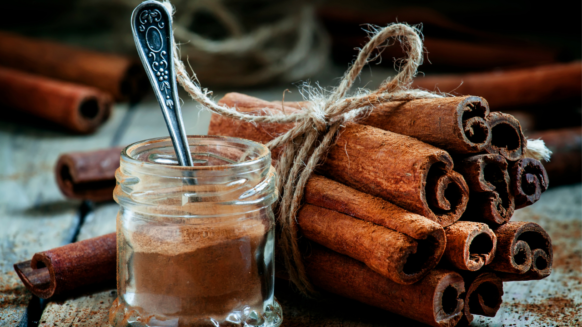 Cinnamon is a spice, sprinkled on toast and lattes. But extracts from the bark as well as leaves, flowers, fruits, and roots of the cinnamon tree have also been used in traditional medicine around the world for thousands of years. It’s used in cooking and baking and added to many foods.

One of the most important active ingredients in cinnamon is cinnamaldehyde. It’s used in flavorings and fragrances. It may be responsible for some of cinnamon’s possible health benefits.

Perhaps the most astounding and exciting benefit of a daily dose of cinnamon is its impact on type 2 diabetes. It can help manage this condition by reducing blood pressure and improving insulin sensitivity. Certain compounds in cinnamon can imitate the effects of insulin and help regulate blood sugar, a function that is crucial for those with diabetes.

Although research is ongoing,  some studies show that cinnamon may help lower LDL (bad cholesterol) levels and raise HDL (good cholesterol) levels. One compound, in particular, cinnamate, may be able to decrease the activity of an enzyme that makes cholesterol, thus reducing the number of fatty acids in the blood.

Cinnamon can stop acne-causing bacteria in its tracks. To make one great-smelling acne mask, simply combine 3 tablespoons of honey with 1 tablespoon of ground cinnamon to form a paste. Leave it on your skin for 10 minutes, then wash it off and enjoy your refreshed face.

Cinnamaldehyde is the incredible compound that gives cinnamon its odor and flavor, and it can also ease swelling and prevent blood platelets from clumping together. Its anti-inflammatory qualities don’t stop there; it can also block certain substances associated with abnormal cell growth and thereby lower the risk for disease.

Fans of Big Red gum can attest to the breath-freshening power of cinnamon. Cinnamaldehyde comes into play again, killing that pesky oral bacteria. To achieve fresher breath, chew your cinnamon gum or make your own mouthwash by boiling 5 cinnamon sticks in 1 cup of water for 5 minutes, then use it as you would a regular mouthwash!

6. Act as an Antioxidant

Antioxidants are important because they help the body reduce oxidative stress, which has been proven to damage cells and contribute to nearly every chronic disease, including the aforementioned type 2 diabetes. Surprisingly, cinnamon’s antioxidant capabilities are superior to that of many well-known superfoods!

Since cinnamon improves blood flow to the surface of the skin, it can actually cause your lips to plump up, no injections necessary. Simply mix 1/2 teaspoon or so of ground cinnamon with some Vaseline or a few drops of oil (vitamin E, coconut, or even olive oil) and make a paste to apply to your lips. Let the mixture sit for a few minutes before rinsing it off, then pucker up!

As our skin ages, it produces less collagen and elastin—the proteins that help keep skin smooth and supple. Lots of lotions and creams claim to help increase the production of these proteins, but cinnamon extract may do the job without the help of extra chemicals.

Cinnamon oil has been shown to kill a number of common and hospital-acquired infections like Streptococcus, MRSA, Staphylococcus, and E. coli. For a natural hand sanitizer,  one doctor recommends making an aromatic and effective blend called thieves oil, which contains a good amount of cinnamon.

While no definitive studies exist, some scientists insist that cinnamon can help hair grow. (But, here’s a  stylist’s tips for growing out your hair .) It does this by encouraging blood flow to the hair follicles, boosting the circulation your hair needs to grow. To make mix 1 tablespoon of ground cinnamon with 1 tablespoon of honey and about a cup of olive or coconut oil to form a paste. Apply this to your scalp, let it sit for 10 minutes, then use a gentle shampoo to wash it off.