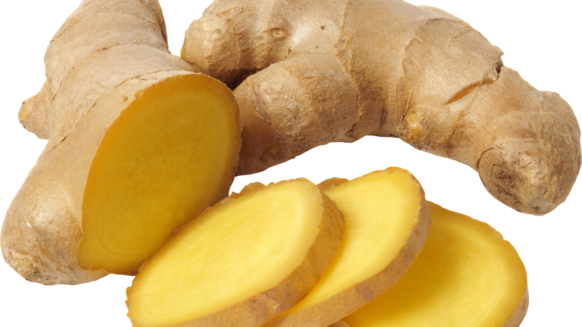 Today, ginger is found in many households today. Some cannot even go cooking without the ginger spice, not because they really know the benefits but because they fell deeply in love with the flavor it adds to food. Ginger, widely known as Chita by the Hausas and Ata’le by the Yorubas contains lots of health benefits. If you have not started filling your kitchen with this thing, then you need to join the team-ginger and explore its benefits. Not to bother, ginger is a spice you can get in any market, and at a low cost.

One of the natural oils in ginger is gingerol. Gingerol is a major bioactive compound in ginger that suppresses fungal, viral, and bacterial infections. Its anti-inflammatory compounds make it very effective in treating oral health problems and different diseases of the gum such as gingivitis and periodontitis which can damage the gum and destroy the jawbones. Frequent use of ginger will ward off pathogenic bacteria that cause diseases such as pneumonia, bronchitis, and infections in any of the organs of the urinary tract. It also helps to combat viruses that cause respiratory infection.

Those pains experienced by women during their menstrual cycle are very killing. Studies have shown that menstrual cramps are linked to excessive production of prostaglandins. This prostaglandin is a class of pro-inflammatory chemicals that trigger the muscle contractions which help the uterus shed its lining. Ginger, therefore, inhibits the production of these chemicals, causing pains and cramps to be reduced drastically. For usage, you can grate ginger into powder, mix 1 gram in water and take for the first three days of menstruation. It will effectively reduce pain like over-the-counter medicines for cramps.

One of the highest embarrassments of a man is his inability to maintain an erection of his penis; to men, there is nothing as humiliating as this because it makes them feel less of a man. Asides from psychological causes, the inability of a man to maintain an erection is due to insufficient blood flow to the penis, and this dysfunction is mostly related to older men. Ginger helps to stimulate circulation and improve blood flow into the blood vessels. Some health specialists even refer to ginger as an aphrodisiac because of its warm, spicy taste and scent. For effective work, combine 2 teaspoons of freshly grated ginger with 2 teaspoons of honey and take 3 times daily.

Ginger is a traditional root herb widely known for its superb ability to relieve nausea and vomiting. Nausea and vomiting could be symptoms of migraine or symptoms of morning sickness in pregnancy that is still in its first trimester. They could also be the aftermath of chemotherapy for patients who have undergone several surgeries. Whatsoever might be the underlying cause, ginger relieves these symptoms with its ability to absorb quickly and regulate body functions, and without any side effect. For morning sickness, take a total dose of 1 gram per day. This 1 gram should be divided and taken 2 to 4 times a day.

Dyspepsia is also known as indigestion is a disorder of digestive function which is characterized by recurrent discomfort and pain in the upper part of the stomach. Dyspepsia is a result of very slow gastric emptying and ginger helps to speed up the emptying of the stomach. Alongside this, it also helps to absorb minerals and nutrients from the food we eat. Ginger’s great ability to stimulate appetite is the reason this root is being used as an appetizer or aperitif to prepare the digestive system for an inflow of food. Taking 1.2 grams of ginger powder before a meal will quicken gastric emptying.

Cold and flu are one of the inevitable diseases out there. Research has it that most adults can experience cold symptoms 2 to 4 times per year. Especially when it comes to winter, the body can become so vulnerable to cold. So, when it feels like cold and flu want to set in, do not think twice before brewing ginger in hot water. Ginger helps to fight against the flu virus. It is also known as being diaphoretic. Warm ginger tea will induce sweating which removes toxins from the body. It also boosts the immune system as well. Cut ginger into thin slices, add hot water and let it steep for a while, add lemon or honey to taste.

Gas is a normal result of the foods we eat. As we eat, we are expected to pass out gas either through burping or through flatulence which is popularly known as farting. Gassing is an ordinary and natural occurrence until it builds up and becomes painful and embarrassing. Excess gas can cause bloating and results in pains in the stomach and sides. One of the benefits of ginger highlighted above is its ability to quicken gastric emptying; hence if the stomach empties faster, gases can move into the small intestine to relieve bloating. When next you notice excess gas building up, chew on some slices of ginger for a quick fix.

Asthma is a very chronic disease of the lungs; the airways are inflamed and sore. Asthma brings feats of breathlessness and can be deadly if not immediately taken care of. Asides from orthodox medications, one very effective home treatment for asthma is ginger. Ginger, because of its anti-inflammatory compounds, is being used traditionally to treat respiratory disorders. Respiratory disorders are a result of inflammation in the airways and ginger has a relaxation property that smooth airway muscles. Just steep slices of ginger in hot water as tea and take regularly.

Ginger’s anticancer properties like gingerol, zerumbone, zingerone, parasols are very effective in treating all manners of cancer, be it ovarian cancer, liver cancer, breast cancer, lung, and cervical cancer, or skin cancer. Research has it that ginger contains a compound that could be 10,000 more effective than conventional chemotherapy. To prepare a cancer-treatment concoction from ginger, get 2 tablespoons of coconut water kefir, 1 to 2 cups of coconut water, and 2 to 4 fresh grated ginger. Mix all ingredients and allow to sit and ferment for 24 hours at room temperature. Open it up after 24 hours to observe bubbliness. Refrigerate it and drink within 3 days. Note that it must have a slightly sour taste.

If you are the type who engages in exercises always to keep fit, but you are being restrained by soreness in your muscles as a result of regular exercises, then you need to include ginger in your diet list.

Through its anti-inflammatory properties, ginger is shown to be very effective at reducing muscle pains caused by exercises. To prepare medication, grate some fresh ginger into the water and let it boil, then include honey and lemon juice for taste. Asides from this, you can also fry chopped ginger and garlic in peanut oil, add varieties of vegetables and meats for a more palatable dish.

So many people out there are battling with obesity and trying all their possible best to get back in shape. Seeing yourself growing out of shape can be so heartbreaking, especially for women. Losing shape means they would not be able to fit into that Angelina-Jolie-gown they have been eyeing and dreaming about. All you need right now is ginger on your diet list, and you are on your way to achieving the hourglass figure. Ginger is rich in dietary fiber which aids weight loss and boosts your metabolism. It also increases exercise endurance capacity which makes you work out well to get in shape.

Diarrhea is a result of the body’s unable to absorb water from the food waste before passing it down to the rectum. Because of this, what is passed out in the form of feces is always unformed, watery, and loose? Research has it that foods with fiber content are very useful in treating diarrhea. Ginger is rich in dietary fiber which helps bulk up loose stools. As a carminative, it relieves gas built up in the intestinal tract which is one of the causes of diarrhea. It has been used for over 2,000 years to settle stomach problems.

Asides from its gastrointestinal treatments, ginger also has cardiovascular benefits. Different studies have linked the connection between ginger and the heart. It is found out that daily consumption of ginger may reduce the risk of many heart diseases. It reduces the risk of developing hypertension by 8% and the risk of getting coronary heart diseases by 13%. It lowers cholesterol and prevents blood from clotting. High cholesterol can build up and lead to clogged arteries while blood vessels can also be clogged, leading to a heart attack or stroke. However, too much consumption of ginger can pose problems for people with heart disease. Ensure to consult your doctor first before using this herb.

The pains that accompany arthritis are almost unbearable. Arthritis is a disease caused by inflammation of the joints and as well know, ginger has gingerol, a potent anti-inflammatory property that in times past has been tested and trusted to boost bone health and relieve joint pain associated with arthritis, both inflammatory arthritis, and degenerative arthritis. With the significant chemicals in ginger -gingerol and shogaol- inflammation pathways in the body are blocked.

Do not be too surprised to see that the root herb which is widely known for its culinary and health benefits has found its way into cosmetology. Ginger has too many of nutrients to be excluded in spheres as necessary as these. Ginger helps to treat different skin infections like eczema, dermatitis, acne, and psoriasis. It evens skin tone, protects against aging, and improves elasticity. The addition of ginger tea to your diet will suppress any form of infection and even flush out toxins harmful to the body through sweating. You can do a skin mask of powdered ginger, honey, and fresh lemon juice. Leave it on for 30 minutes, then rinse. Do this twice in a week.

As the days roll by, more benefits of ginger are being discovered. Ginger is rich in dietary fiber, carbohydrates, and protein. It contains minerals such as sodium, iron, potassium, magnesium, phosphorus, and zinc; with vitamin C, vitamin B6, riboflavin, and niacin.

It is important to know that the consumption of ginger should be minimal as excess could lead to complications such as heartburn, swelling, and breathing issues. Also, pregnant women should consult their doctors before making any changes in their diets.